Rwanda, is a country situated on the east central part of Africa with a population of 10.5 million inhabited predominantly by Hutu (80%) and Tutsi ethnic groups. Historically these groups had lived together in harmony but in 1994, following the violent death of the president of Rwanda, the country witnessed a violent ethnic massacre in which some 800,000 Tutsis were killed within 3 months. A democratically elected government is now in power.

Life expectancy is about 50 years. Maternal death occurs in about 1 in 130 pregnancies (less than 1 in 10,000 in developed countries) and 1 in 5 babies born alive die by the age of 5 years.

As part of the Look for Life project Dr Nerea Maiz and Dr Nicola Persico from the Fetal Medicine Foundation visited Rwanda in January 2009 to provide training in obstetric ultrasound for a group of obstetricians, midwives and nurses. 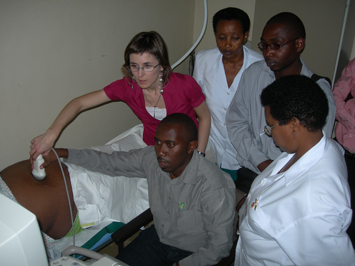 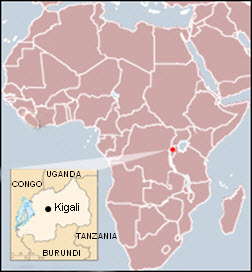