The Islamic Republic of Mauritania is a sub-Saharan African country with a population of about 3.3 million. It is inhabited by Arab Berbers in the North and Black Africans in the south. Mauritania was a French colony and became an independent country in 1960. The country's political landscape has been marked by a series of coups and democratic transitions, and has attracted international attention for its wide spread practice of slavery.

Life expectancy is 58 years. Maternal death occurs in about 1 in 100 pregnancies (less than 1 in 10,000 in developed countries) and 1 in 8 babies born alive die by the age of 5 years. There are less than 10 obstetricians for the whole contry and most deliveries are performed by unqualified and often illiterate birth attendants.

As part of the Look for Life project a team from the Fetal Medicine Foundation visited Nouakchott and Atar in October 2009, to assess the situation concerning pregnancy care and to provide basic training in obstetric ultrasound to a group of midwives and nurses. 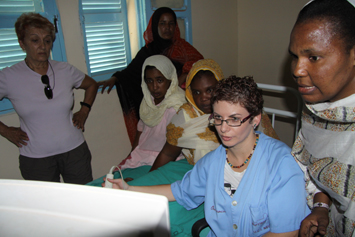 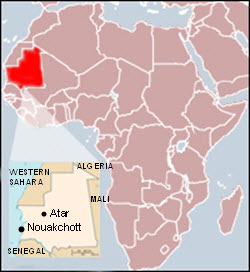