Sky News reported recently on the concerns raised by families in Fallujah, Iraq, where newborn babies appear to be suffering from increased rates of deformities since the 2004 Iraq war. They fear that exposure to chemicals used during the conflict may have caused this increase but the lack of detailed records makes this claim difficult to assess objectively.

In the light of this report The Fetal Medicine Foundation has decided to offer scholarships to obstetricians from Fallujah to receive training in London. The doctors will then return to Fallujah to improve the care of pregnant women and ultimately establish a recording system which may enable them to determine the underlying causes for the birth deformities.

The first doctor has already been trained in Fetal Medicine in London and returned to Iraq. 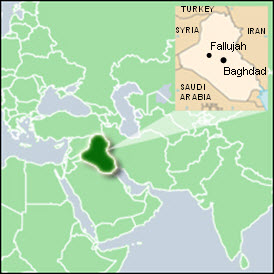